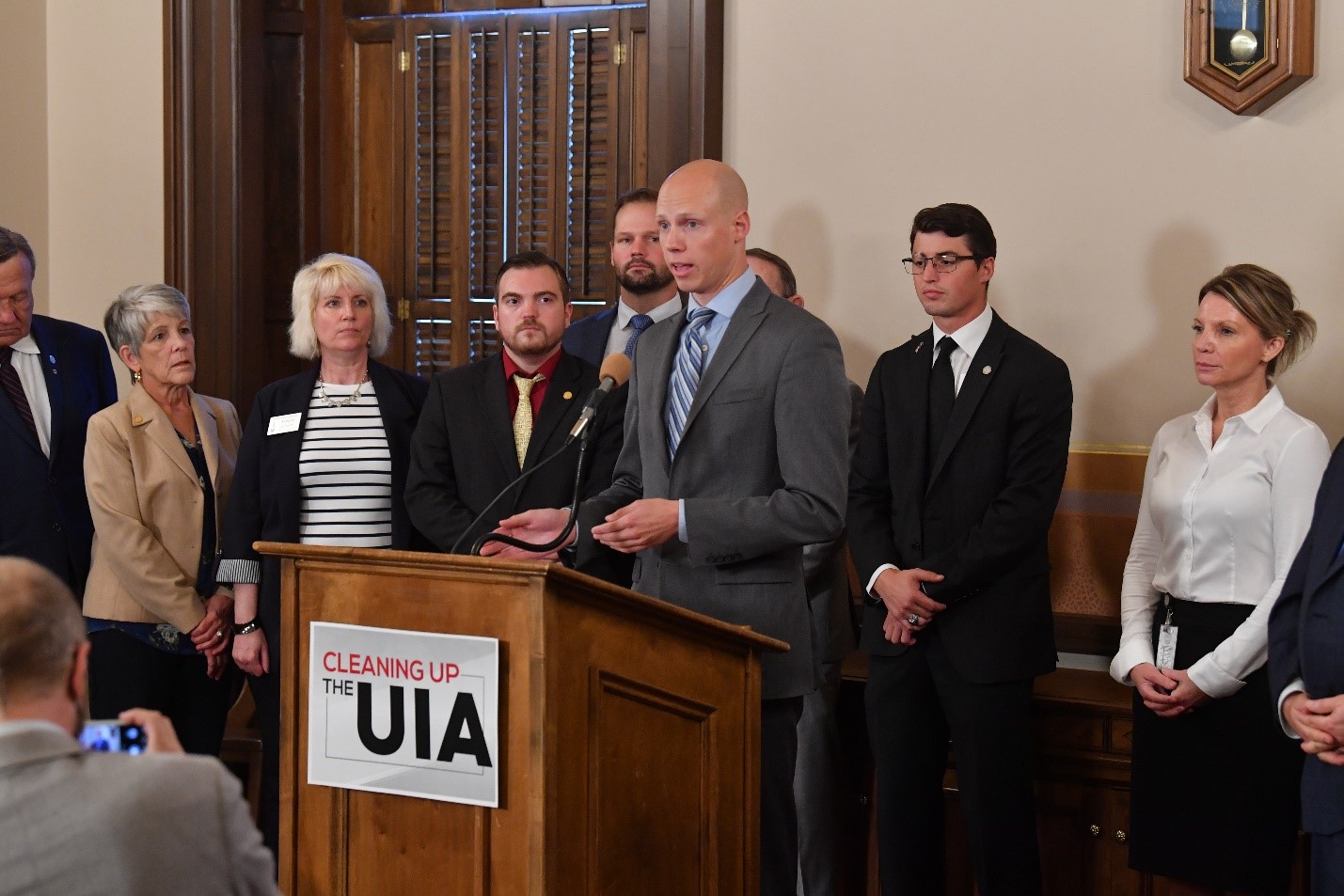 Today, the Michigan Unemployment Insurance Agency (UIA) disclosed it paid out an estimated $8.5 billion to fraudulent claims. This is in addition to the nearly $4 billion in ineligible payments discovered by the Auditor General in a November 2021 performance audit. Over $10 billion in taxpayer money was squandered away and with more audits outstanding we could learn of even more taxpayer money lost.

“This is absolutely unacceptable to the taxpayers of Michigan and there should be consequences for this level of gross mismanagement, but alas, if the Whitmer Administration is consistent on anything, there will be no accountability.

House Oversight Committee Chairman Steve Johnson discusses the upcoming release of the Michigan Auditor General’s report into COVID-19 long-term care facility deaths in Michigan. The state’s Department of Health acknowledged in a letter that a previous total of COVID-19 long-term care facility deaths is 30 percent lower than what the Auditor General found.

House Oversight committee Chair Rep. Steve Johnson talks about Thursday’s joint House and Senate Oversight hearing with the leadership from the state’s Unemployment Insurance Agency regarding a Deloitte investigation into payments made by the UIA involving fraud and intentional misrepresentation. The investigation determined $8.5 billion in taxpayer money was lost to fraud. Rep. Johnson says […]